A unit test happens when you test the smallest part of your application is under test, which means : a function.

If the function under test calls another function, it is an integration test.

Unit tests are the holy grail of automated testing. You should cover everything with unit test, or you’re not what can be called a “developer”.

Integration tests are slow, only beginners write such crappy tests, because they are more intuitive to write at first place.

Despite unit-test activists occupy the place on Stackoverflow, numbers of articles show that all is not that simple. Without googling, simply ask developers around you if they covers everything with unit test, you might be surprised.

This how the call stack of how the “player_turns” function of Monopoly game could look like. 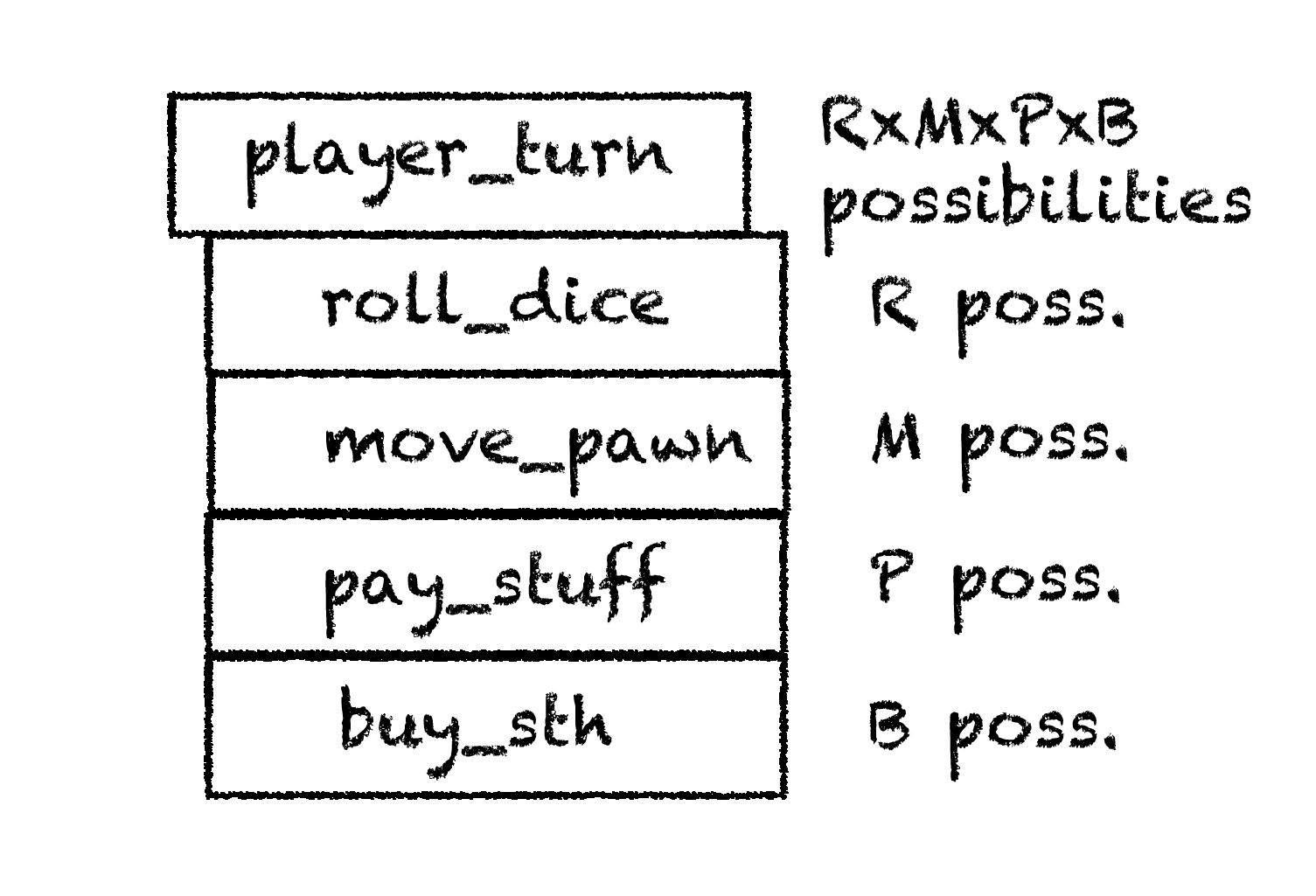 The first day of your project, you have an automated test that covers the “player_turn” function. “roll_dice” is such a classic requirement, that is has already made and tested by another library. Good ! No need of any test right now.

Then you write the “move_pawn” function. It’s actually just reflecting the output of the “roll_dice” function, which is 12 possibilities (two 6-sided dices). Keep an integration test that covers both roll_dice + move pawn is ok.

But one day the boss come to the office and say “Hey Alfred, the player may buy something after the pawn has been moved.”

Uh-oh. You realize that 98 different items could be bought, which makes 98 * 12 cases to cover.